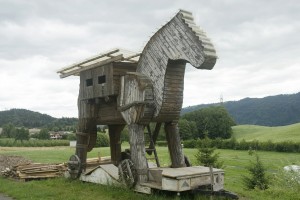 The Service Employees International Union (SEIU) is currently directing its political lackeys in the California State Legislature to advance a bill that makes it harder for franchisors to change, revoke, or fail to renew contracts with their franchisees. This political fight has created a bizarre alliance between SEIU, which has spent something on the order of $50 million trying to make franchisees’ lives more difficult with union labor rules, and a handful of franchisees annoyed at provisions of their franchise contracts.

The disaffected franchisees shouldn’t trust SEIU for numerous reasons—the union, after all, wants to saddle their operations with massive hikes in their number-one cost, labor.

More important, though, is the fact that the SEIU has zero credibility to criticize franchisors who are interested in revoking the contracts of their franchisees. The SEIU specializes in aggressive shut-downs of independent subordinates, in California in particular. Numerous SEIU locals in California have been dismembered, abolished, or merged under pressure from SEIU President Mary Kay Henry and her predecessor, the infamous Andy Stern.

In truth, SEIU is an exceptionally aggressive “franchisor” of its ostensibly autonomous and democratic “local” unions, even as it claims to want to rein in restaurant and other business franchisors. This staggering hypocrisy shows that franchisees should beware of unions, especially when they’re bearing gifts.