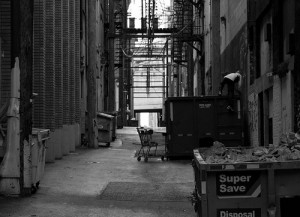 Recently, Baltimore, Maryland was racked by days of protests that surged into one night of violent rioting after a man died under suspicious circumstances—ruled by prosecutors to be an alleged criminal homicide—while in police custody.

The focus on the city led many, including The Wall Street Journal’s William Galston, to ask why Baltimore has remained relatively poor while cities like Pittsburgh that suffered mid-century economic declines have recovered. Less attention has been paid to how both Pittsburgh and Baltimore got there in the first place—and as our Executive Director responds in today’s Journal, unions bear much of the blame:

I should know—as a former labor lawyer in the steel industry, I witnessed some of labor unions’ worst excesses firsthand. Wedded to unsustainable pension schemes and rigid work rules, organized labor had no real answer to the new economic world beyond cutting America off from it.

Steel industry unions aren’t the only Big Labor culprits in Baltimore’s decline and failure to recover. Some commentators have pointed to police union efforts to protect officers under criminal investigation from accountability as contributing to the hostility between the public and the police. Baltimore’s unionized public school system—which has teachers represented by Randi Weingarten’s American Federation of Teachers—has largely failed to educate the city’s children, despite high per-student spending. And that’s not to say that Pittsburgh is out of the labor woods. The SEIU is pushing to unionize the Steel City’s largest employer (the University of Pittsburgh Medical Center)—by an undemocratic card-check process where private ballot elections are bypassed.  If Baltimore and Pittsburgh want to get and stay out of the economic doldrums, they’ll need to redouble efforts to solicit private investment. There is a reason for business declines in some areas while growing in others. And it isn’t just the weather.