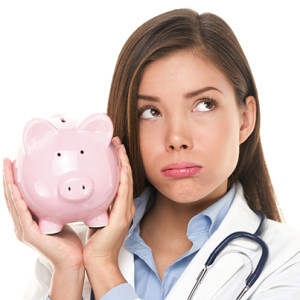 The SEIU has made no bones about its intention to organize staff at the University of Pittsburgh Medical Center (UPMC) by any means necessary. We noted how SEIU protestors—with the help of Berlin Rosen, the PR firm running SEIU’s fast food campaign and UFCW’s OUR Walmart—shut down Pittsburgh city traffic at rush hour in their quest to get UPMC to agree to a “neutrality agreement”—union PR-speak for card check. Now, as SEIU supporters go on “hunger strike,” our Executive Director is warning Western Pennsylvania to look past the PR and into SEIU’s real agenda:

But if SEIU’s record is anything to go on, these activists are trying to curtail employee rights rather than strengthen them—specifically, employees’ rights to a private vote on whether to join the union.

The hunger strike is straight from the SEIU’s “corporate campaign” playbook. Rather than gathering support from grassroots employees, in a corporate campaign SEIU puts pressure on employers to sign away their free speech rights and (usually) their employees’ rights to secrecy in deciding whether to form a union.

There’s hope on the horizon, though: Congress is considering the Employee Rights Act, legislation that would guarantee employees’ rights to a secret ballot vote on whether to unionize and secure privacy protections for those employees who don’t want their personal information shared with the union. Our Executive Director continues:

Union bosses might not like this idea, but the people they represent surely do: Recent national polling by ORC shows that 85 percent of union households support a secret-ballot guarantee.

The ERA also offers additional protections to employees. For instance, the National Labor Relations Board requires employers to hand over employees’ home addresses and other contact information to union organizers during a union election campaign, allowing canvassers to go to employees’ homes to pressure them into voting for unionization. The ERA would allow employees to take their personal information off the list, just like the “Do Not Call” registry allows Americans to opt-out of disruptive telemarketing calls.

The secret-ballot guarantee isn’t the only popular provision in the ERA: Each of the seven provisions gets greater than 80 percent public support and support from over 70 percent of union households. It’s time for Congress to move on the people’s business rather than union bosses’ business and pass the ERA.