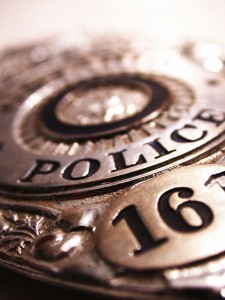 Last year, we reported on a concerning story out of Philadelphia. A Quaker meetinghouse that was being built by non-union labor was burned down, and local police found that it was “absolutely” related to a union labor dispute.

Today, the federal Department of Justice announced it agreed. The U.S. Attorney for the Eastern District of Pennsylvania won indictments and federal agents made arrests of ten members, including several officials, of Ironworkers Union Local 401 for alleged racketeering and related offenses that include the Quaker meetinghouse arson. The Justice Department release reads:

Eight of the 10 individuals named in the indictment are charged with conspiring to use Ironworkers Local 401 as an enterprise to commit criminal acts. […] The indictment details incidents in which the defendants threatened or assaulted contractors or their employees and damaged construction equipment and job sites as part of a concerted effort to force contractors to hire and pay Local 401 workers, even when those workers performed no function. Among the criminal acts set forth in the indictment is the December 2012 arson of a Quaker Meetinghouse under construction in Philadelphia.

And despite the best efforts of the AFL-CIO and other labor unions to soften the “union thug” image, Local 401 was allegedly all too happy to live it out in reality. The release continues:

The defendants relied on a reputation for violence and sabotage, which had been built up in the community over many years, in order to force contractors to hire union members. It is alleged that the defendants created “goon” squads, composed of union members and associates, to commit assaults, arsons, and destruction of property. One such squad referred to itself as the “The Helpful Union Guys,” or THUGs.

You read that right. One Local 401 “goon squad” allegedly called itself the THUGs.

Ironworkers 401 may have crossed the line from “reputation” to actual violence, but other union leaders actively wax nostalgic about the reputation. We recently noted American Federation of Teachers Local 1 (a.k.a. Chicago Teachers Union) President Karen Lewis recalled fondly days when unions were more militant: “The labor leaders of that time, though, were ready to kill. They were. They were just–off with their heads. They were seriously talking about that.”

If convicted, the THUGs of Ironworkers 401 and their alleged accomplices face sentences of up to 130 years. With unions still facing charges for violence, is it any surprise that over 90 percent of American voters believe that violent union threats must be criminalized at the federal level? The Employee Rights Act would do just that.