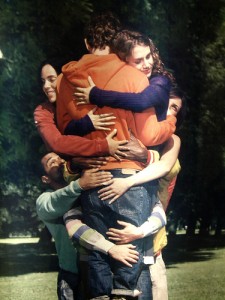 In an attempt to soften their image, labor unions are running a “Hug-a-Union-Thug” event in Charlotte, NC as the Democratic National Convention goes on. Union bosses think they’re being terribly clever:

This year, rather than sponsoring convention events, the North Carolina State AFL-CIO said it would have a “Hug-a-Union-Thug” booth at a concert affiliated with the convention. The organization says in a statement it hopes union members offering free hugs will help erase stereotypes.

Needless to say, unions have a long way to go before that “stereotype” is eliminated in the public’s mind. One doesn’t even need to look back to the racketeering or Mob ties of the past to get that impression. Here are the greatest hits of union thuggery since Labor Day 2011: