Union: Who Cares About the Public’s Safety? 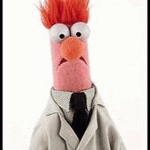 We have long noted that when it comes to unions getting what they want, there are few – if any – tactics they consider too extreme. Whether it be utilizing “card check” to harass and pressure coworkers, or allegedly forcing non-union members to pay union dues in violation of state laws, the rights of others are rarely an obstacle in their way. But as a developing story out of Kentucky illustrates, it’s not just the rights of others that unions ignore, but the public’s safety and well-being, too.

This was the realization of King’s Daughters Medical Center (KDMC) when they became the target of a robo-calling campaign by the Service Employees International Union (SEIU). According to a petition filed recently for review by the Supreme Court of the United States:

SEIU used the automatic dialing system to place thousands of calls to people in KDMC’s service area. Upon answering, each person heard a pre-recorded message with derogatory and provocative comments about KDMC and its CEO . . . The recording urged each listener to “press 1” to be connected to [the CEO’s] line. . . . Consequently, the hospital’s lines were flooded with hundreds of calls because of SEIU’s system.

This inundation of calls allegedly tied up so many phone lines within the hospital that it halted communications in a number of critical areas, including emergency services, patient rooms, and various medical departments, and eventually lead to “KDMC’s [in]ability to operate its hospital and created a risk to patient safety.”

We are rarely surprised by the lengths to which unions will go to get what they want, but this may be a new low. Hospitals are full of men, women, and children in dire need of medical attention – not union harassment. Here’s to hoping the Supreme Court takes the case and rules in favor of the hospital to ensure that unions are no longer able to potentially endanger the lives of uninvolved third parties.