Labor’s Hatred of Democracy In Action 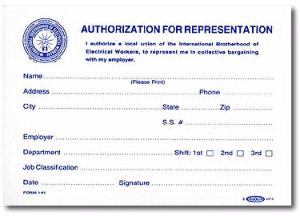 As members of Congress, state legislatures, and the President of the United States are sworn into office, we’re reminded of our American democratic ideals. Unfortunately, many union members don’t get the chance to celebrate democracy thanks to a unionization procedure known as “card check.”

Take Karen Cox and her coworkers at Americold Logistics, who are only the latest examples of how unions intend to end the secret ballot in labor organizing. In spring of 2012, she was given a card that she was told would be used for information purposes. She filled it out and returned it. But in June, she learned that she, along with at least 50 percent of her fellow coworkers, had signed and returned the cards that recognized a labor union.

Cox, who opposed the union, tried to collect petitions from co-workers to call for a secret ballot vote. But rather than let her have the same access rights as union organizers, Cox was stopped from doing so by Americold. She’s now being represented by National Right to Work Foundation in a complaint against the company filed with the National Labor Relations Board (NLRB).

“I think they did it that way as a way for the union to sneak in without opposition,” Cox told Sauk Valley Media. “Some people were mad about that, and all I want is a legit election.”

In 2011, Barbara Ivey shared her very similar story. A 21-year employee at Kaiser Permanente in Oregon, she was shocked that after only 13 days, a Service Employees International Union (SEIU) card check campaign successfully turned her workplace into a union shop. Ivey said that her coworkers felt pressure to sign the card. 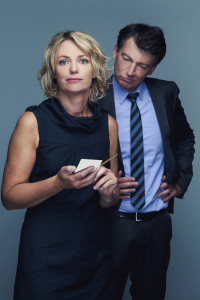 Ivey began to collect signatures for a decertification election, which would allow the employees to vote on the unionization by secret ballot. Although these elections used to take place immediately after a card-check drive, a “safety valve” provision to ensure the card check collection was proper, the NLRB’s penchant for overturning precedent ended that protection. In Lamons Gasket, the NLRB did away with the immediate vote petition and instead required that more time elapse before the decertification vote could take place.

These women aren’t outliers. In fact, denying the secret ballot vote is policy for labor. That didn’t die with the EFCA. With UNITE HERE leading the way, several labor groups, notably the AFL-CIO, backed a boycott of Hyatt Hotels in July because the company refused to allow card check unionization at its hotels.

Just prior to the November election, Richard Trumka of the AFL-CIO told the Atlantic that labor will never give up on card check. “That’s within the next term,” he claimed.

Card check is no way to determine if an individual really wants to join a union. The process is fraught with potential problems—deception and intimidation chief among them, as shown in the workplaces of Cox and Ivey. Card check makes the vote public and puts employees in the difficult position of openly stating their position to a union organizer. The Employee Rights Act requires secret ballot elections for union certification votes in order to ensure that each individual employee can decide whether she wants to join a union without someone looking over her shoulder.