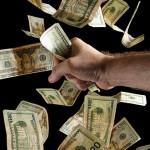 “Just when I thought I was out, they pull me back in.” So it was for Michael Corleone in The Godfather Part III. So too it is today for former union members in Indiana.

As we have previously written, Indiana became the 23rd right-to-work state back in March 2012. The centerpiece of the legislation liberated workers by allowing them to choose whether to pay money for the union’s services. Now, if workers decide a union is not right for them – or if they simply cannot afford it – they are no longer forced to pay union dues as a condition of employment.

But as the Indianapolis Star reported earlier this week, two powerful labor unions don’t quite see it that way:

Joshua Sterrett resigned from the Communications Workers of America Local 4900 union on January 21. Julie Huffman resigned from the United Food and Commercial Worker Local 700 union in May 2012. In separate complaints to the National Labor Relations Board, the two allege they still are being forced to contribute union dues.

Nevermind that right-to-work legislation prohibits forcing unwilling workers to pay union dues. Nevermind that some workers may simply prefer keeping more of their paycheck to cover other needs. When it comes to unions and collecting dues, they will do anything they can to retain fleeing members – even if it means pulling them back in.