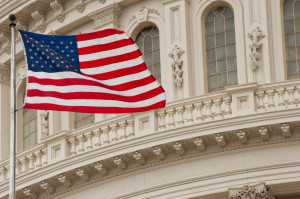 Congress finally passed phase three of its coronavirus relief package, known as the Coronavirus Aid, Relief, and Economic Security Act (CARES Act). The bill provides much needed financial assistance for U.S. businesses that have been hardest hit by the coronavirus outbreak, as well as direct relief to individuals and families. But it’s not without a catch.

The CARES Act allows businesses employing between 500 and 10,000 employees,to apply for a direct loan from the Treasury Department. (It’s worth noting these are not the Small Business Administration loans for smaller businesses that are also provided by the bill.)

If a business accepts one of these loans (which are not forgivable), it is then required to “make a good-faith certification that the recipient will remain neutral in any union organizing effort for the term of the loan.”

But it’s unclear when the word “neutral” will come into play. For instance, it could come into effect after a union petitions for an election, when representation cards are first being solicited, or when a union notifies management of their intention to represent employees. The definition is not established by the law. Therefore, it will be up to the interpretation of the National Labor Relations Board (NLRB), the Department of Labor, or the Treasury Department.

Typical neutrality agreements stipulate that unions can organize via card check — bypassing secret ballot elections to authorize union representation. However, those are agreements that employers voluntarily agree to for various reasons and do not apply here.

The neutrality requirement has nothing to do with mitigating the effects of the coronavirus, and everything to do with restoring power to labor unions that have seen a continued drop in membership — especially in the private-sector. Consider how auto workers at the Volkswagen plant in Chattanooga, TN might have fared if their plant had been subject to a similar neutrality provision. These workers recently voted to reject the United Auto Workers (UAW) — a union that remains tied up in a federal corruption investigation in which its former president and 13 other officials have been charged. Plant employees certainly dodged a bullet by voting “no” to unionizing. But under this new stipulation, countless workers may end up shackled to the UAW or a similarly corrupt union.

It’s shameful that union officials and their political allies in Congress would use a legislative response to a global health crisis as a way to promote Big Labor’s agenda.