Union Membership Still on the Decline 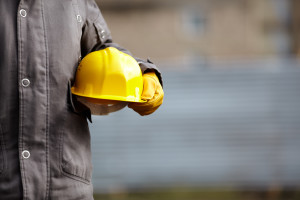 The Bureau of Labor Statistics recently released 2019 data on union membership, and it doesn’t look good for labor leaders.

The numbers show that union membership dropped in 2019 to a record low of just 10.3 percent. That rate fell by .2 percent from 2018, and is almost half of what it was in 1983 (the first year with comparable data).

While union membership is still more prevalent among public-sector employees than among those in the private-sector, both showed an overall drop in the number of workers belonging to a union.

What could be causing this continued decline in union membership, especially in the private-sector? Perhaps it’s the ongoing corruption scandal taking place at the United Auto Workers. Just this month, a 12th official was convicted in the high-profile federal investigation at the union. Former Region 5 Director Vance Pearson pleaded guilty to embezzling more than “$1.5 million in union funds spent on personal luxuries…including golf, cigars, private villas and liquor.”

In Tennessee, where the UAW lost a notable vote to unionize a Volkswagen plant in Chattanooga last year, union membership dropped by almost 13 percent in 2019, despite overall gains in employment. The percent of unionized private-sector workers dropped from 5.5 percent to just 4.6 percent. That gives Tennessee the sixth lowest union membership rate across all 50 states.

In Michigan, where the UAW’s headquarters is located, union membership fell by almost a full percentage point in 2019 — that’s more than across the entire country.

With one of the nation’s leading labor unions caught up in a large-scale scandal to defraud workers, it’s no wonder union membership rates continue to fall. What’s happening at the UAW is a cautionary tale — and it looks like employees across the country are taking notice.