The report alleges that the average S&P 500 CEO earned $13.1 million in total compensation in 2016, while the typical U.S. rank-and-file worker made only $37,632. This apparently comes out to “a CEO-to-worker pay ratio of 347 to one.” In other words, union officials claim that CEOs make 347 times more money than the average worker.

But, as we pointed out last year, the math behind the AFL-CIO’s eye-catching figure is dubious to say the least. For example, the union federation cherry-picks a select group of CEOs heading the largest companies in the S&P 500, inflating the numbers. The American Enterprise Institute’s Mark Perry (among others) can explain these statistical gymnastics in more detail.

Union cherry-picking changes the subject—from Big Labor’s own pay gaps. According to the Bureau of Labor Statistics, the average U.S. “chief executive,” which encompasses small business owners and S&P 100 CEOs, made $194,350 in gross salary last year. This is nowhere near $13.1 million in total compensation and a 347:1 CEO-to-worker pay gap. So we examined union disclosure forms to figure out how many union presidents earned more than the average CEO in 2016. The results are striking: 153 union presidents made more than the typical CEO ($194,350) in gross salary. You can see the top-10 salary earners here: 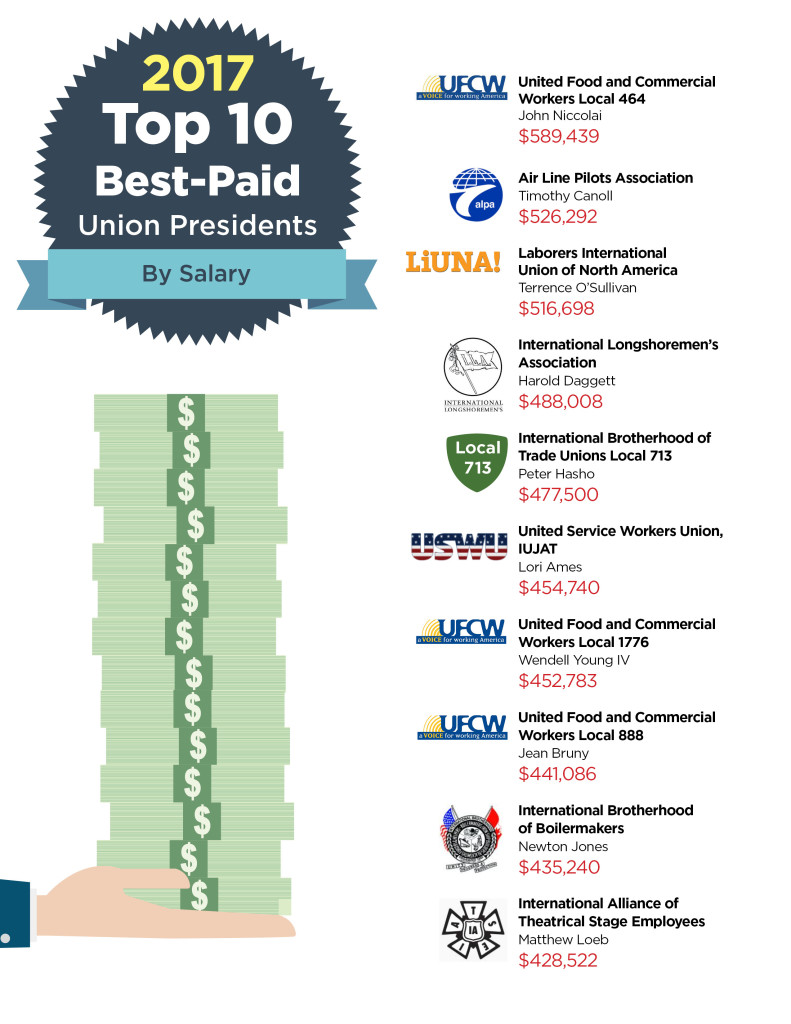 And, like CEOs, union elites can expect much more than a salary. In 2016, 192 union presidents earned more than $194,350 in total compensation, which accounts for travel expenses and other business disbursements. Timothy Canoll, president of the Air Line Pilots Association, earned more than $775,000 last year. International Brotherhood of Boilermakers President Newton Jones came close at $756,973, while Laborers’ International Union President Terence O’Sullivan made nearly $718,000 in total compensation. Even AFL-CIO President Richard Trumka took home $294,537 in 2016—far more than the typical CEO.

Last year, roughly 50 union presidents earned over $300,000 in total compensation. At least 22 of them made $400,000 or more. Keep in mind that an annual household income of $430,000 lands you firmly in the 1 percent—dreaded company in union America. You can see the highest earners (in terms of total compensation) here: 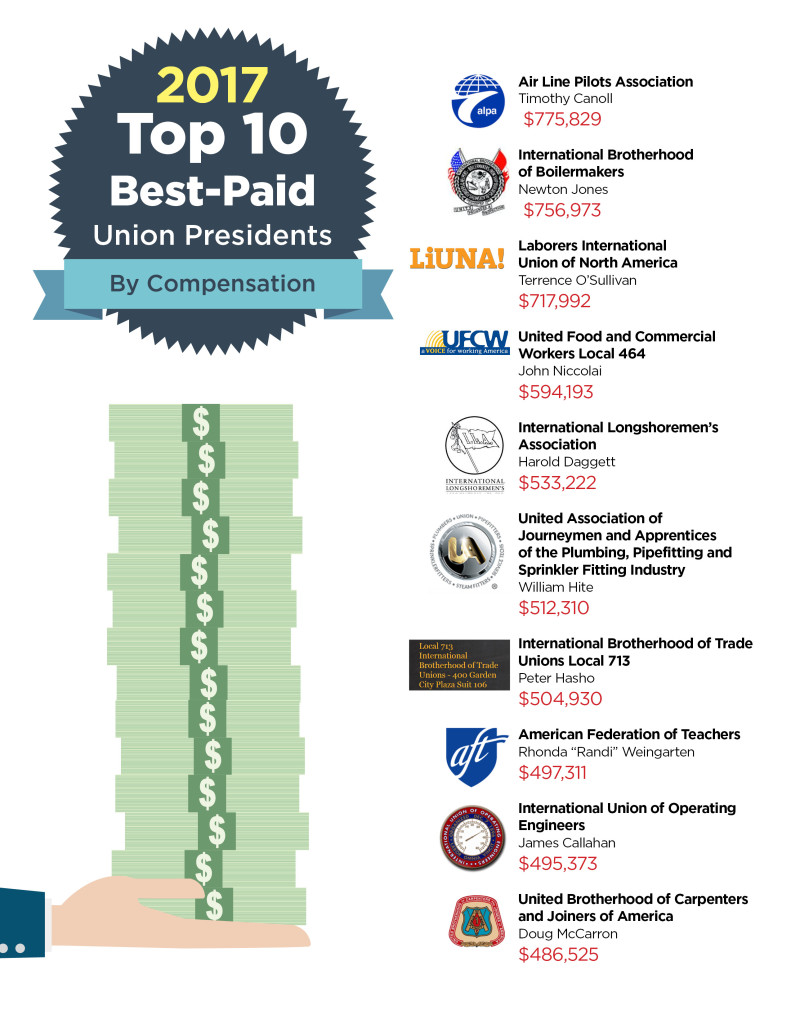 Union elites would be better off serving their members than throwing stones from glass houses.