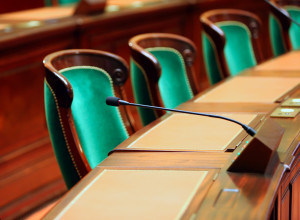 Union bosses are leading the charge against Labor Secretary-Designate Andy Puzder, the CEO of CKE Restaurants.

Back in December, the Service Employees International Union (SEIU) released the following statement:

“With the intended nomination of Andrew Puzder for Secretary of Labor, [President] Trump has once again shown how out-of-touch he is with what working Americans need.”

More recently, the SEIU filed 33 legal complaints against Carl’s Jr. and Hardee’s franchisees in a desperate attempt to stall Puzder’s nomination—despite plans to slash its budget at the expense of the union members it represents. Not to be outdone, the AFL-CIO released a list entitled “9 Reasons Why Trump’s Secretary of Labor Pick Andy Puzder is No Friend of Working People.” The list is filled with character assassinations, even suggesting that Puzder is “misogynistic.”

But Puzder certainly seems like a friend of his own workers. In a national survey of CKE employees, 93 percent of the company’s female employees say that they feel “safe and respected” in the workplace. Overall, 92 percent of employees agree that CKE is a “great place to work.”

According to a separate Bloomberg BNA analysis, Carl’s Jr. and Hardee’s—the two largest CKE brands—have the third lowest wage-and-hour violation rate among 20 major fast food restaurants. And some of these violations involved minor protocol errors like failing to display a Labor Department poster.