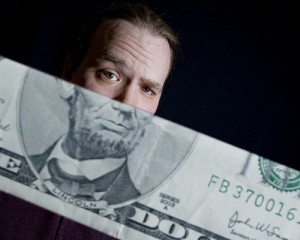 With a new administration coming in January, the Service Employees International Union (SEIU) thinks the sky is falling.

The memo comes from the union’s top leadership. In SEIU President Mary Kay Henry’s words: “Because the far right will control all three branches of the federal government, we will face serious threats to the ability of working people to join together in unions.” She also cites a need to “dramatically re-think” the union’s strategy, announcing a 30-percent reduction in the budget by next year and a 10-percent cut effective in the coming weeks.

(The SEIU’s annual budget exceeds $300 million annually. In recent years, the union has spent over $70 million on the “Fight for $15” campaign to raise the minimum wage.)

When asked what the memo means moving forward, the SEIU didn’t offer specifics. “As we prepare to fight-back against the forthcoming attacks on working people and our communities under an extremist-run government, we know we must realign our resources and streamline our investments to buttress and broaden our movement to restore economic and democratic opportunity for all families,” spokeswoman Sahar Wali explains.

That bit of rhetoric about streamlining investments may be an acknowledgement that the Fight for $15 is more costly and less beneficial to the SEIU bottom line than their press flacks would have you believe. (The United Food and Commercial Workers similarly “streamlined” its “OUR Walmart” organization after it failed to gain traction with Walmart employees.)

In other words, the SEIU is left desperately licking its wounds in 2017.