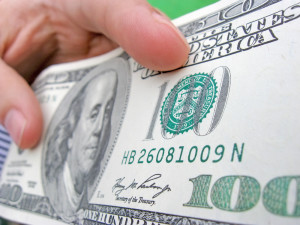 We’ve noted that in past elections, roughly 40 percent of union households have tended to vote Republican while 90 percent of union political go to Democrats or left-wing causes. Now, some union Democrats are learning why that system is fundamentally unfair: They and their union bosses don’t like the same candidate either.

Union leaders like American Federation of Teachers President Randi Weingarten quickly lined up behind the candidacy of former Secretary of State Hillary Clinton, with some endorsements (including Weingarten’s) coming before the primary debates even began. Rank-and-file union members had different ideas, as Politico reports:

[Senator from Vermont Bernie Sanders] received more than 9,000 donations and raised more than $413,000 from people who identified themselves as teachers or educators, surpassing the $394,000 raised by Clinton from about 4,500 such donors during the same month.

The division between leaders and rank-and-file members of teachers unions reflects a campaign in which Clinton has won overwhelming support from leaders of Democratic constituencies but struggled to beat back the Sanders challenge among average voters.

Unfortunately for those teacher union members who contributed to Sanders, their dues (and optional PAC checkoffs, if selected) are supporting Clinton (the National Education Association also endorsed her). This is a predictable consequence of a system that requires union members to subsidize union political operations rather than making those operations opt-in. The Employee Rights Act (ERA), a piece of legislation currently before Congress, would require unions to obtain affirmative consent before using dues money for political purposes.

And those operations are extensive. In total, from 2012-2014 unions reported roughly $420 million in contributions and expenditures to politically involved organizations on their Department of Labor disclosures. A substantial proportion of that spending came from member dues and supported key allies of union-boss favorites.