Toss Another Dead Front Group on the Pile? 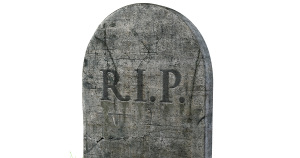 We had noticed that United Food and Commercial Workers (UFCW) front group Organization United for Respect at Walmart (OUR Walmart) had gone fairly quiet. Launched amid great fanfare in November 2011, OUR Walmart may now be headed out to pasture. After a change of leadership at UFCW headquarters, the campaign’s focus is moving from a costly ground-level attempt at organizing to a media and advertising effort.

The first public inkling that all was not well in the supposedly independent UFCW subordinate organization was a report in The Washington Post that headquarters had cut the campaign’s funding in half. Now, it seems that the campaign’s leaders—both UFCW employees on greater than $140,000 annual salaries—are out as well. Buzzfeed reports:

But its main financial backer, the United Food and Commercial Workers union, has decided to change course. Just weeks before the Walmart shareholders meeting in May, it fired two top leaders of Our Walmart, Dan Schlademan and Andrea Dehlendorf, according to multiple sources outside the union. The two, who did not respond to requests for comment, had been instrumental in leading marches, Black Friday actions, and sit-ins at Walmart stores.

While the UFCW denies that the moves are a sidelining of the campaign, it looks like OUR Walmart is headed down the path of numerous failed union efforts to pressure Wal-Mart, America’s largest retailer, into unionizing. Here are just a few:

And what have the UFCW and its onetime Change to Win stable-mate the SEIU received for this roll of dead (and dying) front groups? Nothing. Wal-Mart employees have resisted every effort in this period to organize under the UFCW banner.

There’s a bigger story here as well, one that applies not only to the UFCW’s ongoing decade of failure to unionize Wal-Mart, but also to the larger “alt-labor” or “worker center” trend. The ideas behind alt-labor—hiding union organizing that employees aren’t interested in behind a public pressure campaign—are over a decade old, and they have generally not been successful. It shouldn’t be shocking that the UFCW is shifting away from its OUR Walmart worker center and that backbiting within the SEIU over the unrealized investments in its “Fight for $15” has begun—members aren’t coming in, just as they didn’t come in through “The People’s Campaign—Justice @ Wal-Mart” a decade and a half ago.