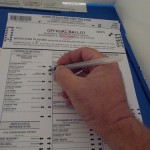 With absolutely no regard for even the appearance of impartiality, the president nominated Nancy Schiffer, former associate general counsel for the AFL-CIO. Schiffer is a long-time rubber stamp for pro-union policy, but most troubling is her support of card-check legislation. In a 2004 hearing before the House Subcommittee on Employer-Employee Relations, she described the workplace as “an inherently coercive environment” that just can’t be trusted to hold a democratic election.

This is almost comical. Union “card-check” elections have a history of corruption, coercion, and intimidation. Additionally, Schiffer’s accusations of employer intimidation are greatly overstated. Employers have committed unfair labor practices in only 2.7% of union elections with 0.29% of those actually resulting in employee termination. Furthermore, unions won 61% of elections where an unfair labor practice was committed.

Union card-checks subject employees to what is essentially a public election. Can you imagine the “inherently coercive environment” that would arise from public card-check elections in actual political races? An NLRB member that openly opposes a fair, confidential election only further embeds the union stamp in labor law.