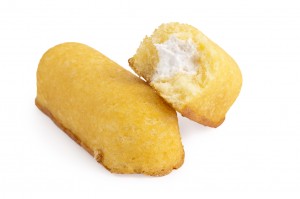 Unions like to portray themselves as the ones who fight back and balance out the equation between employees and management. But realistically, they are the yin to the company’s yang: employees and employers are interdependent, and one cannot exist without the other.

This lesson is most clear today at Hostess, where 627 employees lost their job after Hostess Brands, Inc. announced on Monday that it is permanently closing three of its 36 bakeries in response to a strike by the bakers union that began on November 9 with a walkout in Kansas. The strikes spread throughout the country, but those working at the bakeries in Cincinnati, St. Louis, and Seattle will be striking against factories that will not reopen.

Yet even with hundreds of workers out of jobs, the Bakery, Confectionery, Tobacco Workers and Grain Millers International Union (BCTGM) has not called off the strike. It could be that BCTGM smells blood. The strike may bring the company to the brink and force it to liquidate. The maker of Twinkies filed for Chapter 11 bankruptcy in January and has been trying to restructure its debt to stay afloat. Hostess has toyed with a number of resolutions, even offering unions a 25 percent stake in the company. The Teamsters have already decided to accept a new collective bargaining agreement with the company. Because BCTGM didn’t settle with Hostess, a bankruptcy judge allowed the company to cancel its agreement with the union and impose a new contract that included wage and pension cuts.

Although the strike is only a few days old, it has already proved costly for BCTGM workers, but there are no signs that the walkout will cease anytime soon. Hostess’s CEO, Gregory Rayburn, stated what he thinks is on the mind of the BCTGM:

Some employees are apparently under the misimpression that if they force Hostess to liquidate, another company will buy our bakeries and offer them employment… The fact is, the bakery industry already has far too much capacity, and there is a strong risk that many of our facilities may never operate as bakeries again once they are closed. I believe the leadership of the Bakers Union knows this fact, but is willing to sacrifice its Hostess employees for the sake of preventing other bakery companies from asking for similar concessions. [emphasis added]

Some might question this as an empty threat, but business appears to be seriously affected.

This is another case of unions destructive behavior. In October, American Airlines pilots were aggravating the company and thousands of customers by calling in excessive maintenance repairs, causing massive delays, as a form of putting union pressure on the management. This, too, occurred while American Airlines faced, and continues to face, Chapter 11 bankruptcy. This hurt the brand and put it the company at further risk of losing more business.  It now appears that the pilots and the airline are close to a deal, so perhaps the prospect of job losses (and a legal threat over the allegedly illegal job action) came into play.

The Hostess scenario is a repeat of the pilots union experience—except that Hostess is more willing to close up shop than be fiscally irresponsible and give in to union demands. Nevertheless, BCTGM continues to strike despite the very real threat to — and now realized loss of — union employee jobs.

The Teamsters, on the other hand, saw the writing on the wall.

“This was a difficult decision [to approve of Hostess’s offer],” said Teamsters General Secretary-Treasurer Ken Hall in the statement. “Our members are frustrated at being in the position to bail out the company again, but overall we’re willing to accept modifications with the hope that Hostess will recover and be in a better position in the years to come. At the end of the day, our members recognized that they can’t replace their pay and benefits in the nonunion sector.”

Rhetoric aside, the Teamsters recognized that a job with reduced benefits is better than no job at all. For consumers, it might be hard to part with the Twinkie and other Hostess treats (although there are some good recipes out there for making your own small batches at home). But BCTGM members, as well as other union employees, may find themselves out of work in short order.