RAISE-ing Expectations For a Better Investment 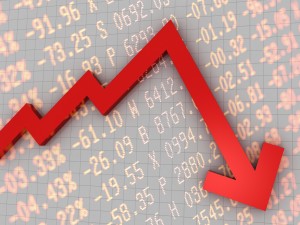 Should you be allowed to sell a stock if it was dropping like a rock?

That’s the question that our executive director contemplates in Forbes. Unfortunately, many Americans can’t do the same with their own poor investment — their labor union.

Rather than supporting efforts such as the Employee Rights Act, unions are busy spending on candidates that a number of their members do not support. Furthermore, union membership is falling as those who have a choice are sending in their “sell” order by not joining the union and not paying its costly dues.

And now, union members have another reason to take stock of their situation and reconsider mailing that next check. Unions are opposing the RAISE Act, which would set the collectively bargained wage as the wage floor, but not the ceiling, in collective bargaining agreements. As the law currently stands, unions have the ability to reject merit raises earned by individual members. Unions say that it undermines the collective bargaining process.

At a subcommittee hearing in the House last week union lawyer Devki Virk, who is on the Board of Directors for an AFL-CIO committee,  testified that the RAISE Act is not fair because workers won’t have a say if they want individual raises. Virk says that it would put the decisions regarding raises in the hands of the employer.

We’ve heard this rhetoric before from both the Teamsters and the SEIU about raises not being “fair” to all employees.

But when you get down to it, the true motivations are clear. As James Sherk notes, it’s because unions know that if employees are in a state where they actually have a choice about being in a union, they’ll understand that it’s a bad investment:

Collective bargaining presupposes that workers can negotiate higher pay together as a group. That’s why union members will pay hundreds of dollars annually in dues. But if the wage that the union negotiated is $15 per hour and an employee gets a performance-based raise to $20 per hour, then why is he paying union dues?

Unions want exclusive power over their members’ investments, but the ERA and RAISE Act, even with their values rising, aren’t part of the portfolio.