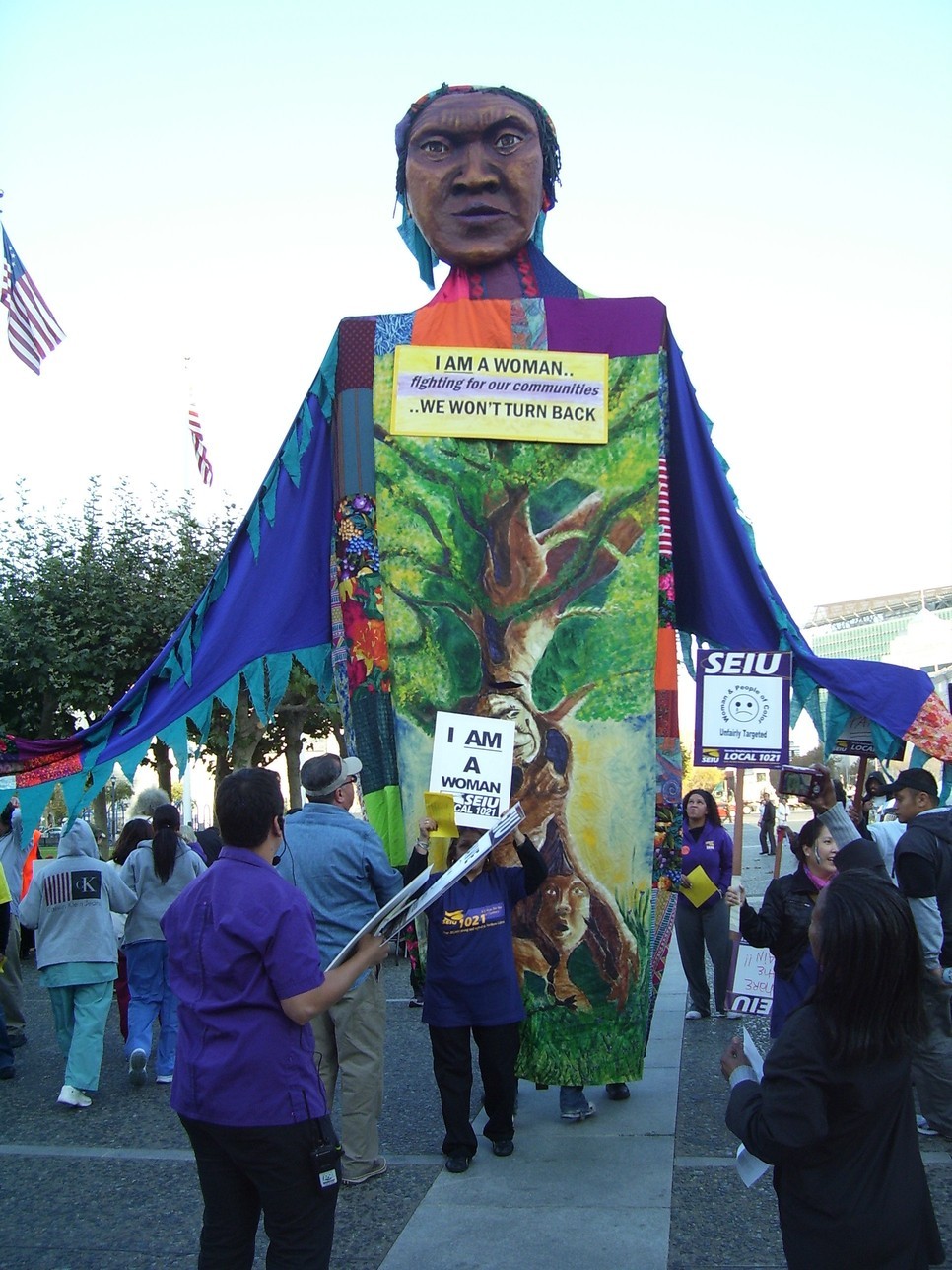 What do a 14-foot puppet, incense, a woman dancing to funk music, a group of Native Americans, and a gaggle of people in purple shirts have in common?

They all showed up at Gavin Newsom’s homecoming meeting at City Hall yesterday in the city of San Fransisco.

Wow, the mayor disappears leaves for two weeks (He even stopped tweeting!!!!), and he comes back to this?  In his absence, the City Council upheld some wildly unpopular firings of some 500 city workers.  The unions (read: SEIU) feel that Newsom didn’t do enough to “raise funds” (read: higher taxes) to keep the workers on. Newsom refused and has been the recipient of a whole lot of hate. A great deal of it happened yesterday afternoon.

So here’s how yesterday’s event went down, according to SFWeekly blog.  As tired and cliche as it may be, you just can’t make this stuff up:

“… the protest quickly heated up when a phalanx of union members stormed the mayor’s office chanting “We’re fired up! We can’t take it no more!”

The doors to Gavin Newsom’s Room 200 were soon locked, with two guards barricading the door and refusing entry to the press and SEIU Local 1021 President Damita Davis-Howard. The officials even asked the handful of folks outside the door to back away from the area immediately in front of Newsom’s door when a mass of 150 protesters flooded up the steps to continue the protests with megaphones.

“The mayor says cut back, we say fight back!” they shouted, a team of police officers moving in to block the door from the angry SEIU masses.

After about five minutes of chants, a man attending the American Indian Heritage Day ceremony that was about to begin in the rotunda below stood at the front of the protestors and motioned for them to quiet down, which they did, only for him to start screaming at them: “You are disrupting our event! Can you guys please get the fuck out of here?!” Police moved in to try to talk the man down, as he continued yelling “They come up here and disrupt our land! You’re disrespecting our honoring!”

The SEIU leaders then decided to low-key the demonstration, instructing everyone to sit on the floor outside Newsom’s office for a “silent protest.””