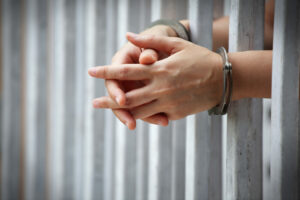 It looks like some union bosses got nothing but coal in their stocking this Christmas. Earlier this month, it was announced that 11 former union officials, including James Cahill, former President of the New York State Building and Construction Trades Council (BCTC), pleaded guilty to “charges stemming from their acceptance of bribes and illegal cash payments from a construction contractor.” The illegal payments were ongoing for two years from about October 2018 to October 2020 when the defendants were active union officials.

The press release regarding the convictions describes union officials who “sold out” their hard-working members by “accepting bribes and cash payments in restaurant bathrooms.” This “shocking level of corruption” went all the way to the top of the union.

According to the investigation, James Cahill — former president of the New York State BCTC which represents 200,000 unionized construction workers — accepted approximately $44,500 in bribes. He also acknowledged accepting at least $100,000 of additional bribes in connection with his union positions. Other convicted officials accepted tens of thousands of dollars in cash bribes.

Cahill was reportedly the “leader of the conspiracy” who advised the employer that they could “reap the benefits of being associated with the unions without actually signing union agreements or employing union workers.”

US Attorney Damian Williams summed up the investigation:

“The defendants exploited their union positions and hard-working union members to feed their own greed.  They accepted bribes to corruptly favor non-union employers and influence the construction trade in New York.  The convictions in this case reflect our continuing commitment to root out corruption and bring to justice those who abuse positions of power out of personal greed.”

With such a widespread corruption scheme, it sounds like the BCTC could be following in the footsteps of the United Auto Workers. We’ll keep an eye out on any further developments in the investigation, but for the sake of union members let’s hope the corruption at the BCTC is coming to an end.