UAW Election Shake Up Could Mean a New Status Quo 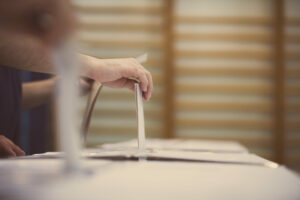 The election results for the United Auto Workers International Executive Board members are in, and it doesn’t look good for the union’s entrenched officials.

According to the unofficial election results listed on the court-appointed monitor’s website, five of the seven members of the UAW Members United slate won their races. This slate has been the main challenger to the status quo at the union, with its candidates running on a platform of “no concessions” and “no corruption.”

Overall, challengers took six of 14 open seats on the union’s International Executive Board.  According to the union’s constitution, winning the presidency requires gaining a majority of votes. None of the five presidential candidates accomplished this goal. Ray Curry, the current president, and Shawn Fain of the UAW Members United Slate, were the front runners with Curry leading by a mere 614 votes. And so their race will go to a runoff.

If Fain and Daniel Vicente (Region 9 Director candidate) are both successful in their runoff elections, these upstarts will have majority control of the IEB, not to mention the presidency. This would almost certainly mean big changes at the union. The UAW Members United slate lists restoring “integrity, accountability, and transparency to the UAW” as its number one platform stance.

Leaders were directly elected – instead of chosen by the union’s delegate system – for the first time in decades. A majority of union members voted to switch to direct elections following the UAW’s wide-scale corruption scandal. The election itself was part of the union’s settlement deal with the federal government.

Newly elected leaders will be sworn in on December 12. As for the runoff elections, ballots will be mailed Jan. 12 and must be returned by Feb. 28.

It’s obvious the old guard at the union was in need of a change. Despite several officials going to prison, including two former union presidents, the UAW’s commitment to reform remained questionable. The latest report from the independent monitor alleged that union officials obstructed his investigation into wrongdoing at the UAW. That doesn’t exactly inspire confidence.

But a big question remains: Will this shake up at the UAW successfully weed out corruption and finally put members’ interests first? Only time will tell.