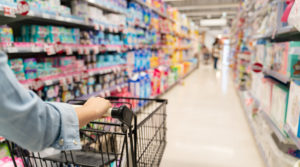 In Los Angeles, the United Food and Commercial Workers (UFCW) union has been involved in a years-long crusade against in-store shoppers — employees of a third-party company who provide grocery delivery services. But it turns out, the same union that’s trying to put these shoppers out of work is also trying to organize them.

A recent tip led us to a complaint filed in May 2020 by the National Labor Relation Board’s (NLRB) General Counsel against UFCW Local 770 and other UFCW locals in the Los Angeles area. The complaint was in response to a grievance filed by these UFCW locals back in 2017 over the presence of in-store shoppers in Ralphs grocery stores. The initial grievance led to a years-long legal fight — it’s no wonder over $1 million of Local 770’s expenses last year were legal bills.

But the union might not get its way. The NLRB complaint alleges that the UFCW violated the National Labor Relations Act (NLRA) by pressuring the grocery chain to kick out these shoppers.

Even though Local 770 is fighting to put shoppers out of work, it hasn’t stopped the union from expressing an interest in organizing the very same in-store shoppers. In fact, there’s a real possibility any shopper that joined the UFCW would see their dues go to fund the union’s efforts to take away their jobs. Maybe someone should tell Local 770 that trying to take shoppers’ paychecks away probably isn’t the best way to earn their trust.

The UFCW isn’t the only union that’s tried these two-faced tactics before. When workers at the Chattanooga Volkswagen plant were preparing to vote on whether or not to join the United Auto Workers (UAW), political operative and union member Joe DiSano launched an advocacy group called “The Center for VW Facts” (sound familiar?). The union denied having a connection to the group. However, evidence showed the Center for VW Facts and the UAW were using the same media buying groups to place complementary ads in Chattanooga. VW workers in Chattanooga expressed disgust that a union front group would attack a company that had invested so much in the community.

Just as that tactic didn’t work out for the UAW (members voted against joining the union), we doubt the UFCW’s latest scheme in Los Angeles will pan out in the union’s favor.