The Employee Rights Act is Back 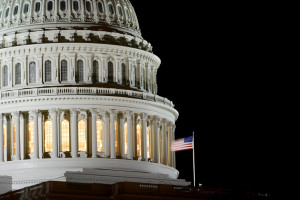 Last week, Representative Phil Roe, M.D. (R-Tenn.) reintroduced the Employee Rights Act (ERA). The bill, which garnered over 180 co-sponsors in the last Congress, would bring our current labor law into the 21st century by providing protections for the 7.6 million private-sector union members in the U.S.

Right now, about 40 percent of union certifications bypass the secret ballot election. This means union leaders can hold public votes, relying on coercion and intimidation to maintain the status quo. To combat these scare tactics, the ERA would ensure secret ballot elections—a method over 80 percent of union households support. It would also guarantee periodic recertification votes to make sure current union members actually get the chance to vote for their representation.

The ERA would bring much-needed reform to the process by which unions can deduct members’ dues from their paychecks and use them to support political causes. Right now, dues are automatically withheld from workers’ paychecks. While employees can request a refund, the method for doing so is often vague and arduous. The ERA would put an end to this out-dated process by instead requiring workers to opt in to making dues payments that go to support their union’s political agenda.

This is good news for the 40 percent of union households who vote Republican in any given election, even though unions have given over $1.3 billion dollars—or 99 percent of their total political spending—to liberal groups and causes.

As Rep. Roe put it, “The ERA will restore workers’ faith in unions because it is neither pro- nor anti-union. It will simply make unions more accountable to the workers they serve.”

It’s time for Congress to get on board with the over 70 percent of Americans who support the ERA’s provisions.