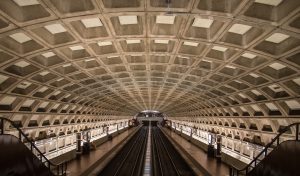 Amalgamated Transit Union Local 689– which represents the employees of the Washington Metropolitan Transit Authority (WMATA)–made headlines by voting to authorize a strike a few days before the MLB All-Star Game.

The threat follows a recent “late out” where over 500 employees showed up late to work and severely interfered with the morning commute for thousands of Metro riders.

Local 689 President Jackie Jeter urged any angry, inconvenienced customers to remember that it wasn’t about them.

One tiny detail she forgot: Because WMATA is a government agency, the employees Jeter represents ultimately work for taxpayers.

It’s technically illegal for WMATA employees to strike, and the threat seems all the more silly given the source of the union’s grievance– WMATA’s decision to reassign a few dozen janitors to a different job site and replace them with contractors.

More than just an inconvenience, late-outs and strikes hurt commuters the most.

The self-serving actions of Jeter and her union bring to mind why none other than President Franklin Delano Roosevelt was opposed to public sector unions: When government unions strike, they strike against taxpayers. F.D.R. considered this “unthinkable and intolerable.”