New research from the Center for Union Facts shows that, from 2010 to 2017, labor unions sent more than $1.3 billion in member dues to liberal advocacy groups—without prior member approval. The recipients include the Democratic Governors Association, Clinton Foundation, Planned Parenthood, and a host of other left-wing groups.

Despite union leadership’s political preferences, roughly 40 percent of union household members vote Republican in any given election cycle. But their voices are routinely silenced in the workplace. Under federal labor law, union officials can spend dues money on political advocacy without first obtaining opt-in permission from their members.

The Employee Rights Act (ERA), which is now co-sponsored by more than 180 senators and House members, would protect employees’ paychecks by requiring union leadership to obtain prior approval before spending member dues on political advocacy. Roughly 80 percent of Americans—including those in union households—support paycheck protection and other ERA reforms.

You can see the new research here: 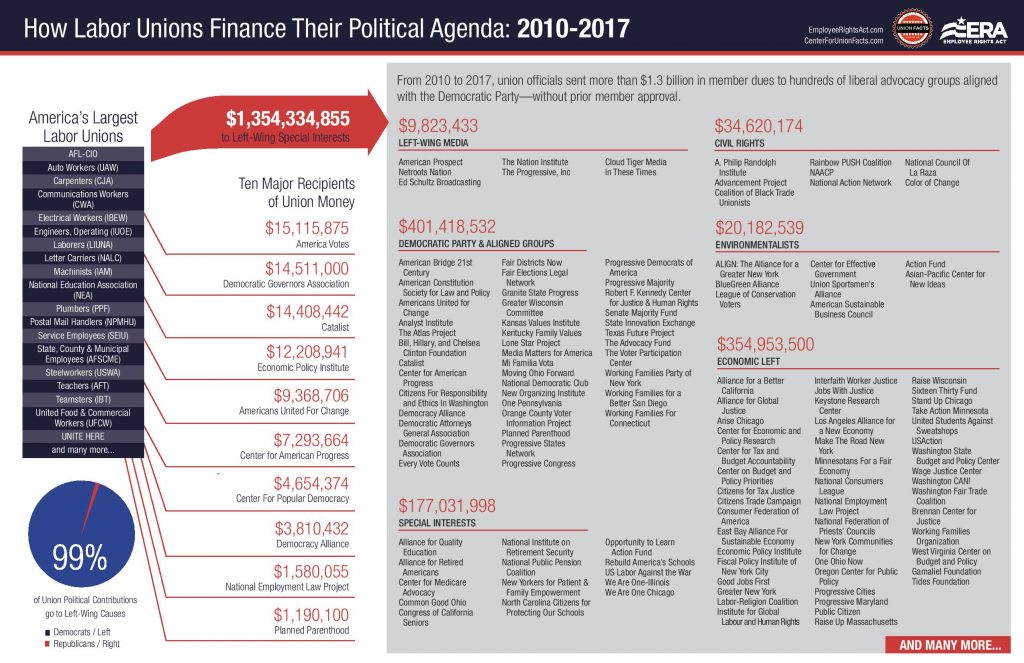