Airbnb Secures a Union Deal—And the Baggage Coming With It 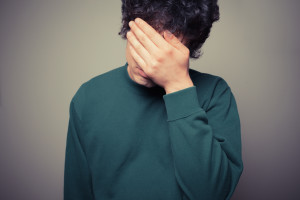 Winning union approval wasn’t smooth sailing. In 2016, a controversial deal between Airbnb and the Service Employees International Union (SEIU) fell apart after backlash from the hotel union UNITE HERE, which has long criticized the company for competing with the hotel industry—and its many dues-paying employees. After the 2016 deal apart, a UNITE HERE spokeswoman praised the outcome and pledged “to vigorously oppose any efforts by Airbnb to expand and push for common-sense laws to mitigate the devastating impact this company has had on our communities.” The union similarly balked at the UAW deal, calling it “another manipulative attempt by a company dealing with one public relations crisis after another.”

So what should Airbnb expect from the UAW? To put it bluntly, the worst. From sexual harassment allegations to union corruption, the UAW’s baggage is difficult to miss. Female employees at a UAW-represented Ford plant in Chicago have accused union officials on engaging in and enabling sexual harassment for years. In the words of one employee: “What the UAW can do is stop protecting their own and really start protecting and serving the people that they collect their dues from.”

Then there’s the corruption. The Federal Bureau of Investigation (FBI) is currently investigating the misuse of UAW training center funds, which has already implicated union officials. As we’ve covered before, former Fiat Chrysler labor negotiator Alphons Iacobelli and Monica Morgan-Holiefield, the widow of former UAW Vice President General Holiefield, have been indicted and accused of violating the Labor Management Relations Act. They allegedly participated in a $4.5 million scheme that siphoned training funds earmarked for blue-collar workers and spent the money on a $350,000 Ferrari 458 Spider, one private jet, two limited edition Mont Blanc pens costing $75,000, and other luxuries.

But the union refuses to hold its leadership accountable. One of the UAW officials of interest to the FBI—Vice President Cindy Estrada—was recently re-nominated for her current position.

Workers are understandably wary of the union. In 2017, the UAW sustained a series of costly organizing losses, including at a Mississippi-based Nissan plant and at the Fuyao Glass plant in Ohio. In both cases, employees rejected union representation by a two-to-one margin.

Airbnb should be just as wary of the UAW—and the many skeletons in its closet.