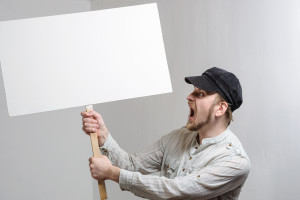 In November, an estimated 350 to 400 Vox editorial and video production workers signed cards nominating the Writers Guild of America, East, as their collective bargaining agent. But, according to union organizers, Vox is urging employees to hold a government-supervised secret ballot election before it formally recognizes the Writers Guild. The company rightly claims that a private vote is the more accurate gauge of employee sentiment.

This sparked outrage from Vox Union, which is leading the organizing effort. The group accused Vox Media of “union busting by pretending they don’t understand why an [National Labor Relations Board] election is unacceptable.” That’s right: A secret ballot election is now considered “union busting” and “unacceptable.”

There are several layers to this story. First, Vox’s news coverage is decidedly pro-union, so management’s reported skepticism of the Vox Union reeks of irony and hypocrisy. In 2015, Vox columnist Matthew Yglesias lamented “American companies generally so averse to unionization,” only to see his current employer follow suit two years later. Apparently, collective bargaining makes sense until it affects your own bottom line.

Second, Vox’s labor dispute splits the liberal newsroom into two camps. Editor-in-chief Ezra Klein has consistently opposed the private vote, even suggesting it is “morally abhorrent.” However, there are presumably Vox employees who prefer a secret ballot election to the publicly staged card check process, which explains why the union campaign is being help up. Even pro-union workers can see the wisdom in a private vote, which is standard practice in any other electoral setting. Roughly 80 percent of Americans—including those in union households—support secret ballot union votes.

Most importantly, the Vox controversy underscores the need for the Employee Rights Act (ERA). According to the most recent NLRB data, nearly 40 percent of union recognitions bypass the secret ballot, leaving employees vulnerable to union intimidation. The ERA would protect them by guaranteeing a private vote during all organizing drives.

Who, other than Ezra Klein, can argue with that?