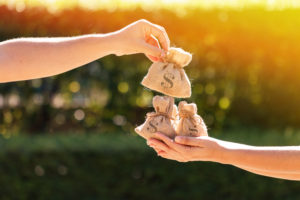 The 2018 election cycle is already underway. Experts estimate more than $3 billion will be spent on political advertisements alone.

If history is any indication, labor unions will be intimately involved. The Center for Union Facts (CUF) has found that, from 2012 to 2016, Big Labor sent nearly $765 million in member dues to the Democratic Party and liberal special interest groups. This is in addition to funds spent directly on candidate support. CUF estimates that, since 2010, unions have contributed more than $1 billion to liberal groups without prior member approval.

The recipients range from the Democratic Governors Association (DGA) to the Clinton Foundation and Planned Parenthood. The DGA received nearly $11 million. Catalist, the Democratic Party’s go-to data firm, made off with roughly $9.5 million. Working America, the AFL-CIO’s grassroots political machine, received a whopping $52 million in the last five years alone. Two of the group’s goals are to “mobilize for corporations to pay their fair share of taxes” and promote single-payer healthcare.

The solution to this injustice is the Employee Rights Act (ERA). Reintroduced in the 115th Congress, the ERA would require union officials to obtain opt-in permission from their members before spending dues money on political advocacy. This would prevent union elites from turning their backs on members and playing politics against employees’ own interests. Labor reform is long overdue.