Two of the Craziest Labor Stories You’ll Ever Read 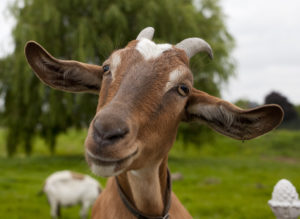 Life is never dull in union America. Earlier this month, George Botts, vice president of New York’s Amalgamated Transit Union Local 726, was caught falsifying time sheets. How’d he get caught? E-ZPass. According to the New York Daily News, Botts was recorded “paying tolls at the same time he was supposed to be performing union duties at a Staten Island bus depot.” The union boss allegedly earned his $32-an-hour bus driver pay for 66 hours and 36 minutes he never actually worked from March 1st to May 20th of last year.

For lying about his time cards, Botts received a 30-day suspension with restitution. Amanda Kwan, the spokeswoman for the Metropolitan Transportation Authority, put out the following statement: “Falsifying time cards is akin to stealing money from the MTA and it is absolutely not tolerated.” The union has remained silent and is expected to reinstate Botts after his month is up.

But that’s not even the craziest labor story of the past week. At Western Michigan University, the American Federation of State, County, and Municipal Employees (AFSCME) Local 1668 has filed a complaint involving—wait for it—a herd of goats. The problem stems from the university’s decision to use goats to clear poison ivy and other harmful vegetation on school grounds. AFSCME alleges that “the university did not properly notify the union that it was planning on using goat crews around campus” instead of union workers. As Local 1668 President Dennis Moore put it, “AFSCME takes protecting the jobs of its members very seriously.” More goats means fewer jobs.

Apparently so. While the school choose goats “to stay environmentally friendly” for the second summer in a row, the local union is now fighting the decision tooth-and-nail in court. Never a dull moment.