Tax Dollars Instead of Dues: How Your Taxes are Paying for Union Business 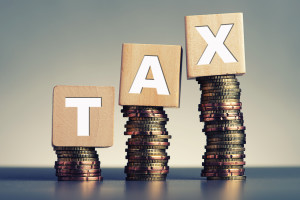 According to a new report, government employees spent nearly 3.5 million hours conducting union business in 2014—a 20 percent jump since 2008. The Office of Personnel Management (OPM) found that the average rate for these services was $41.34 per hour, costing taxpayers $162.5 million in total.

The Federal Government’s labor management relations program has grown into a monstrosity since President Kennedy signed an executive order creating it in 1962. In 1978, the program was further cemented by Title VII of the Civil Service Reform Act of 1978, also known as the Federal Service Labor-Management Relations Statute. But what was originally a temporary organization has ballooned out of control. The organization now spends millions of dollars each year negotiating with labor unions.

Yet, as The Washington Free Beacon’s Bill McMorris notes:

“The increase in union activities came despite the fact that union membership in the federal workforce has fallen in recent years. Unions represented 1.2 million non-postal employees in 2014—a 1.5 percent drop from 2012. Unions lost about 20,000 members in the past two years, following broader labor trends in which union membership has fallen to historic lows in the post-World War II era.”

Union membership is weaker than ever, but taxpayers are paying more than ever supporting union business. Tax reform might be picking up steam, but Congress should not forget labor reform.