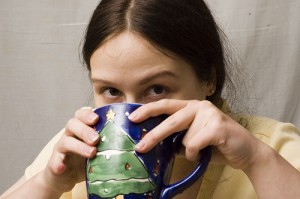 Lost in the holiday news cycle was a bombshell USA Today report on sexual abuse in American classrooms. Investigative reporter Steve Reilly helped uncover “more than 100 teachers who lost their licenses but are still working with children or young adults today,” while “government officials at every level stand by and do nothing.” Among them is a New Jersey teacher who molested five elementary school students and an Illinois teacher who forced students to eat food off his crotch.

Reilly also found that “unions have resisted reforms” to address the problem. One such reform is requiring school districts to report the resignation of an educator who is accused or suspected of misconduct to state education officials. (Nine states have no such laws on the books.)

While student welfare advocates are fighting to end secretive practices surrounding educator misconduct, others are stymieing transparent reporting of sexual harassment and other wrongdoings. Take Jan Hochadel, president of the American Federation of Teachers’ Connecticut chapter: “This will limit the ability of employees and employers from negotiating separation agreements and could potentially result in a flood of teacher termination hearings.” Wait, what? Protecting students from sexual abuse is wrong because it could lead to a firing of teachers?