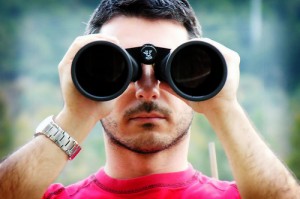 As 2016 comes to a close, one state legislature is grappling with a conflict of interest between a state representative and a powerful labor union. Representative Joe Aresimowicz, Connecticut’s incoming House speaker, also work as the education coordinator for the American Federation of State, County, and Municipal Employees (AFSCME). (AFSCME pays Rep. Aresimowicz more than $95,000 a year.)

Aresimowicz was hired by AFSCME almost 18 years ago after serving in the Army Reserves and has been a state representative since 2004—ultimately being named majority leader in 2013. But his union side business raises serious questions. As the Hartford Courant explains, union contracts account for a large chunk of Connecticut’s budget, while state-employee unions’ salaries, benefits, pensions, and healthcare costs fall under Aresimowicz’s purview as House speaker. Will he act in the state’s best interest or AFSCME’s?

This isn’t a hypothetical concern. There’s a long and sordid history of self-dealing (whether intentional or unintentional) in government. As recently as last month, the employer of one Minnesota legislator was in line to receive a grant he had pushed through until whistle-blowers revealed the conflict of interest.

A 2014 statement from the Connecticut Office of State Ethics explains the need for impartial governance: “Generally, these provisions prohibit a public official from accepting outside employment that would impair his independence of judgment as to his official duties or that would be deemed a use of office for personal financial gain.”

If Connecticut’s citizens want a transparent government, they should unwrap the ethical concerns raised by Aresimowicz’s union ties.