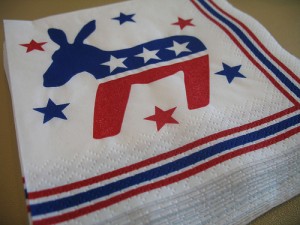 It wasn’t long ago that Mary Kay Henry, president of the Services Employees International Union (SEIU), hinted at the growing disconnect between union leadership and union membership. As we pointed out, Henry commented on the presidential primary debates by claiming that the “64 percent of our public members identify as conservative and are much more interested in the Republican debate than the Democratic debate at this moment.”

(The SEIU later claimed that the number is closer to 36 percent. According to 2014 exit polls, roughly 40 percent of union households vote Republican. More of the same is expected this election cycle.)

Yet despite the SEIU’s ideologically diverse membership—and Henry’s own pledge to “act on behalf of all workers”—the union president’s liberal leanings are clearer than ever. As we’ve noted before, recent WikiLeaks revelations have painted an image of a politically obsessed union boss with a soft spot for Democratic nominee Hillary Clinton—despite the latter’s skepticism of the SEIU’s beloved Fight for $15.

An even closer look at the WikiLeaks emails suggests a fawning adoration uncommon even for the most politically inclined union bosses. There’s this from a November exchange between Henry and John Podesta, Clinton’s campaign chairman:

“It was exhilarating to see Hillary passion shine through AND a huge internal affirmation of her willingness to champion the fight for 15/union.”

And then there’s the following January email:

“Strong-clear-unstoppable! Hillary is our champion.”

Not to mention this one:

Meanwhile, as Henry’s adoration burns within, the substantial minority—or majority, depending on who you ask—of SEIU employees voting Republican get the short end of the stick. They’re forced to sit idly by and see their dues dollars spent on Democrats and left-wing causes incompatible with their own political beliefs. Current labor law permits union bosses like Henry to throw their weight behind political candidates regardless of where union membership actually stands.

So much for “act[ing] on behalf of all workers.”