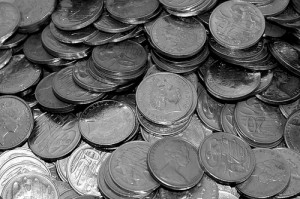 Union bosses know a thing or two about the wrong side of the law. David R. Sager, the former president of the United Steelworkers Local 5000, is now under federal indictment for embezzling more than $185,000 from the union’s strike fund. Law360 has more:

“A 29-count federal indictment has been unsealed charging David R. Sager of Gibsonburg, Ohio with embezzlement or theft from a labor union, mail fraud, obstruction of justice, and making false statements of law enforcement.”

When Local 5000 went on strike in 2009 over a contract renewal, the union established a strike fund to provide financial relief to striking members. While overseeing the distribution of relief funds, Sager allegedly submitted over $185,000 in benefits requests, while he and his wife raked in nearly $160,000 in income. With union members mired in a prolonged strike, Sager allegedly spent dues dollars on fine restaurant dining and Carrie Underwood concert tickets. Prosecutors claim that Sager also used more than $32,000 in union money to pay for his mortgage and phone bills.

According to U.S. Attorney Carole Rendon, “This defendant betrayed the union membership he promised to represent.”