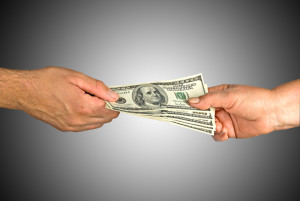 Some of America’s major labor unions have decided to form a (surprise, surprise) pro-Democrat super PAC for the 2016 election. Led by the AFL-CIO, American Federation of State, County, and Municipal Employees (AFSCME), American Federation of Teachers (AFT), and National Education Association (NEA), the so-called For Our Future PAC is projected to raise about $50 million to boost the Democratic nominee—with unions free to opt in for $1 million.

But this time, it’s not just unions who are writing the checks. Politico has more:

Yet the launch of this new venture hasn’t been smooth sailing for Big Labor. Why? One name: Tom Steyer.

The investor-turned-environmentalist is leading fundraising efforts for the new super PAC. Hypocrisy aside—Steyer profited from fossil fuel investments as a hedge fund manager—the billionaire’s opposition to the Keystone XL Pipeline has riled up buildings and trades unions who saw an extension of the pipeline as a major job creator. This prompted the heads of these unions—including the International Union of Operating Engineers and Laborers’ International Union—to sign and send a scathing letter to AFL-CIO President Richard Trumka. “The AFL-CIO has now officially become infiltrated by financial and political interests that work in direct conflict to many of our members’—and yes, AFL-CIO dues-paying members’ lives,” the letter stated.

In a separate letter to Trumka, Terry O’Sullivan, president of the Laborers’ Union, called Steyer’s role in the For Our Future PAC a “politically bankrupt betrayal.” He also wrote, “We object to the political agenda of the AFL-CIO being sold to a job-killing hedge fund manager with a bag of cash.”

The real tragedy of this is the helplessness of union membership. As union bosses squabble, union members—40 percent of whom vote Republican—are expected to sit idly by and bankroll a green political agenda.