Union political spending is widely discussed but poorly understood. Much is made of the millions of dollars in contributions that union PACs make, of which roughly 90 percent go to Democrats while roughly 40 percent of union families support Republicans. Unions argue that this isn’t an issue because those contributions are opt-in. However, unions also have mandatory dues-funded political programs that members must fund, which have not been deeply investigated.

To shed light on this spending, the Center for Union Facts used the Labor Department’s database of union financial filings to analyze the contributions that labor unions at all levels from international headquarters to local unions that have total receipts of $250,000 for the 2014 fiscal year (including the midterm elections). Unions that file the Labor Department Form LM-2 are required to disclose the recipients of spending and contributions: This spending is principally (although not necessarily exclusively) funded by dues.

We found $140.8 million from union dues in  contributions reported—99 percent of which went to Democrats, liberal special interests, and left-wing advocacy groups. The graphic below (click to enlarge) lists a number of the recipient groups: 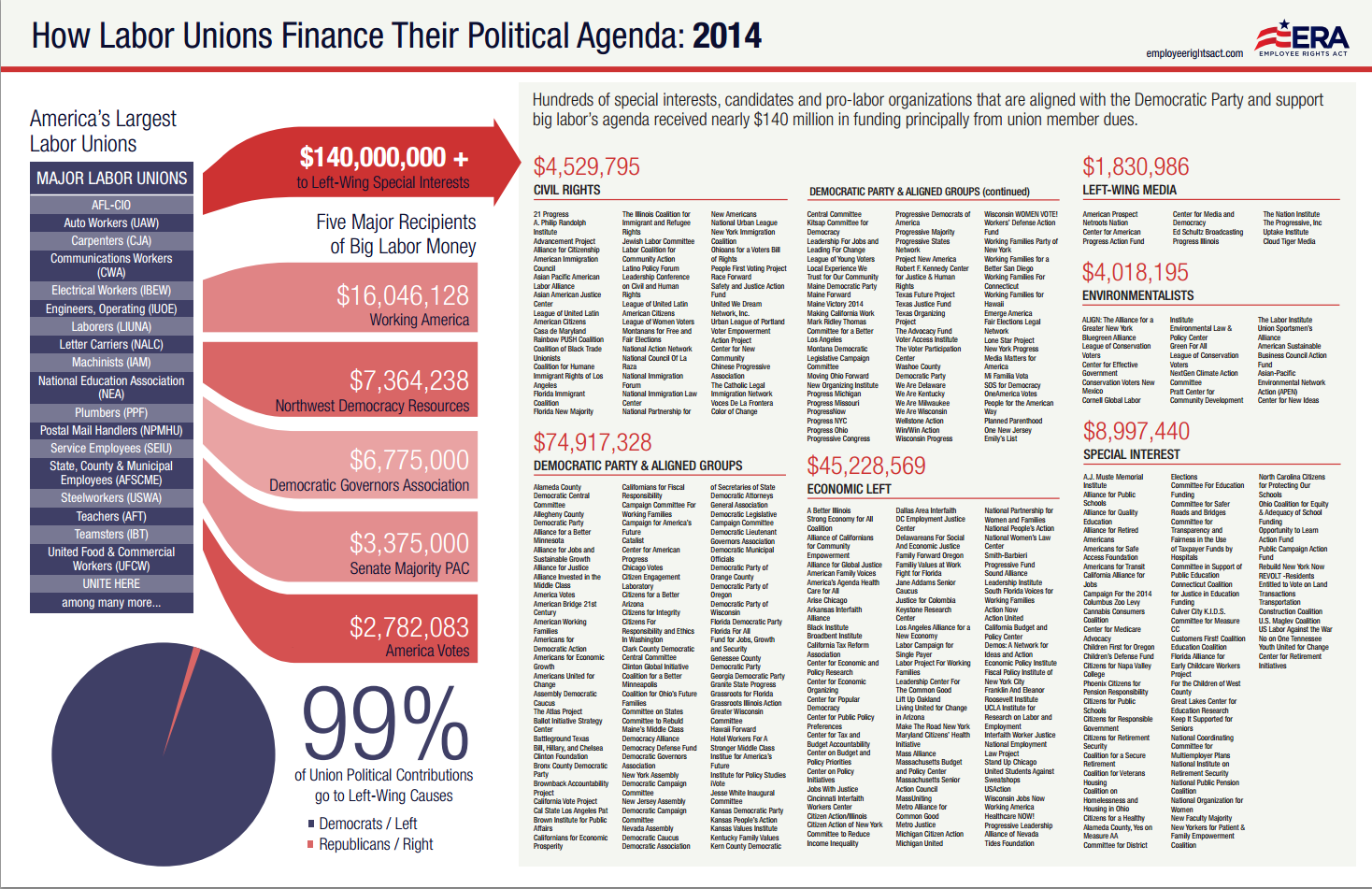 Our full methodology is available here.

This is more evidence that demonstrates most clearly the need for the political protection provisions of the Employee Rights Act (ERA), as National Review reported yesterday. Union households recognize the disparities between Big Labor’s 99% liberal financial agenda and their own views: National polling shows 83 percent of union households favor the ERA’s paycheck political protection provision.