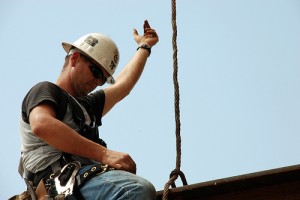 Case in point: Local 28 of the Sheet Metal Workers union in New York agreed to a settlement with the federal Equal Employment Opportunity Commission (EEOC) that will cost the union up to $12.7 million, for its efforts to unfairly privilege white members over Hispanic and African-American members in job placement services.

The lawsuit has been around for a while: The EEOC first filed the complaint in 1971, and members whose rights were allegedly violated in years preceding 1991 had already been compensated under prior settlement agreements.

This week, the government parties announced that members affected between 1991 and 2006 would be compensated and that supervisory measures would be imposed on Local 28. A hearing will be held for a judge to review the final agreement in July.

The Local 28 case is just an extreme example of unions putting their own perceived interests above the rights of their members. But union abuses—many legally permitted—are a major issue demanding significant reform. Taking action against already-illegal rights violations can only be the beginning of a conversation about changing the employee rights framework to empower individual employees in the workplace.