For Big Labor, Is Politics More Important than College? 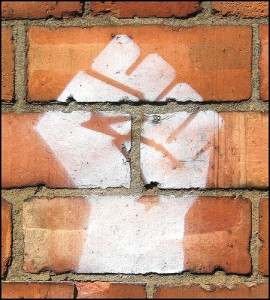 Among the adversaries of labor unions’ politics and power plays, few inspire quite as much hatred from union bosses as libertarian businessmen-philanthropists Charles and David Koch. Unions have fought desperately against the Kochs’ efforts to fund pro-business candidates and causes, even when it traps them in hypocrisy when they buddy up with left-wing financiers (see: American Federation of Teachers President and Democracy Alliance member Randi Weingarten).

But unions are also fighting the Kochs’ general philanthropy efforts. After David Koch donated $100 million to a cancer hospital in his home city of New York, for instance, the New York State Nurses Association and SEIU Local 1199 responded by marching on the hospital in protest. And having implicitly rejected cancer research, unions are now implicitly rejecting college for African American youth: The American Federation of State County and Municipal Employees has retaliated against the United Negro College Fund (UNCF) taking a donation from the Kochs by breaking its own support for the group.

Since 2003, AFSCME had partnered with the UNCF on the “Union Scholars Program,” which offered students at UNCF member institutions partial scholarships and assistance and stipends for internships with AFSCME, all for a cost of roughly $54,500 per year from AFSCME dues.

When the project began, then-AFSCME president Gerald McEntee was highly pleased by the arrangement, saying:

“AFSCME has always worked hard to create a brighter, more just, and decent future for the children of working men and women… Given that philosophy, it seemed only natural that we should partner with the United Negro College Fund, which has etched indelibly in our minds the axiom, ‘A mind is a terrible thing to waste.’”

Apparently, AFSCME doesn’t have a problem with a few minds being wasted in order to make a political point.