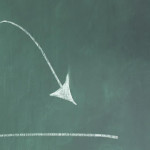 Richard Trumka was certainly correct when he recently confessed that labor was “in crisis.” Over the Labor Day weekend, the 40,000 members of the International Longshore and Warehouse Union (ILWU) voted to leave the AFL-CIO. The fissure occurred over a number of differences; however, the proverbial “final straw” appeared to be the AFL-CIO’s continuing support of the Patient Protection and Affordable Care Act (PPACA). Although the 40,000-member loss to the 12 million-member AFL-CIO may have little effect on the federation’s influence, the move is symbolic of big labor’s decline.

The Federation has not stood its ground on issues that are most important to our members. President Obama ran on a platform that he would not tax medical plans and at the 2009 AFL-CIO Convention, you stated that labor would not stand for a tax on our benefits. Yet the Federation later lobbied affiliates to support a bill that taxed our health care plans. Similarly, the AFL-CIO and the ILWU have historically supported comprehensive immigration reform with a clear path to citizenship that protects undocumented workers from firings, deportations, and the denial of their rights. However, the immigration bill you recently asked us to support imposes extremely long waiting periods on the path to citizenship and favors workers with higher education and profitability to corporations, as opposed to the undocumented workers such as janitors and farm workers who would greatly benefit from the protections granted by legalization.

The PPACA has caused quite a divide among labor unions, which widely supported the bill before actually knowing its contents. Earlier this month, presidents of the Teamsters, United Food and Commercial Workers, and UNITE-HERE penned an open letter to President Obama expressing their concern that businesses might relegate union members to part-time status to avoid the bill’s onerous costs.

The AFL-CIO has been playing musical chairs with their membership for the better part of the last decade. In 2005, the SEIU, UNITE-HERE, UBC, and LIUNA left the AFL-CIO and joined the Teamsters, UFW, and UFCW (all former members of the AFL-CIO) to form the Change to Win Federation. In 2009, LIUNA and UNITE-HERE returned to the AFL-CIO. Recently, in July of 2013, the UFCW rejoined the AFL-CIO as well. And now that the Longshoremen reclaimed their independence. Labor is proving itself divided, not united.