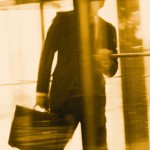 SEIU Local 503, Oregon’s largest public sector union, has been found to have committed “regular, sustained and ongoing” violations of Oregon non-profit regulations by a state judge. Local 503 was sued by its former president, Joe DiNicola, for allegedly conducting illegal elections and failing to disclose information regarding the union’s membership. According to the Statesman Journal, the local violated the Oregon Nonprofit Corporation Act in four ways:

• Failing to hold annual meetings of its members

• Attempting to submit a ballot to members on whether to dissolve its status as a nonprofit without authorization from the General Council. He said this violated the union’s own bylaws as well.

The judge ordered the union to hold a members’ meeting to rectify the violations of transparency rules.

This squabble is only the most recent dispute between DiNicola and SEIU Local 503. In 2007, Joe claimed the union owed him $110,000  for 2,596 hours of overtime as he kept track of the time he spent walking a picket line with striking members and performing union duties. When “Overtime Joe” filed suit, the judge saw through his complaint and decided that management was not due overtime pay.