The Next Great Bailout: Teamsters Pensions? 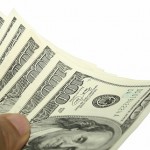 The Wall Street Journal reports on what might be the next great federal bailout. The Teamsters Union Central States pension fund has been in trouble for some time—UPS pulled out of the fund in 2009—but now it’s advancing towards a point of no return.

It seems the Teamsters Union’s Central States pension fund is going bust fast, with companies like Republic Services pulling their employees from the fund. The Journal notes:

Investment losses during the financial crisis and hard times for trucking companies that pay into the Teamsters’ Central States Funds have sapped the fund of money it uses to pay promised benefits.

With just 60 cents of assets for every $1 in obligations, the Teamsters pension fund is considered in “critical” status by the Pension Benefit Guaranty Corp., the federal agency that backstops failed pensions.

You read that right: “backstops.” If the Central States fund goes bust, taxpayers could be on the hook. And how deep is the sea of red that drowns the fund’s ledger? The Journal continues:

The pension plan pays about $2.8 billion in benefits a year but takes in only about $700 million in employer contributions. “You have to make up the rest with investment returns,” said Mr. Nyhan, which he thinks is unlikely over the long term.

Companies are trying to preserve their employees’ retirements by trying to reform pensions. Unions want employees trapped in these dying funds.