With the Sky Still Intact, Time to Evaluate Michigan, the Right-To-Work State 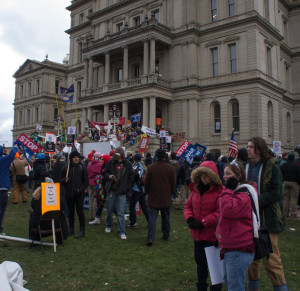 Now that the dust has (mostly) settled in Michigan, we can take a closer look at what Michiganders can look forward to.

The state will, for the time being, remain a union powerhouse, as current union contracts will not be affected by the change. Right-to-work kicks in upon their expiration. But even without an immediate change, there is the potential for a quick advance for Michigan. There are numerous examples of how Indiana has already benefited from going right to work in February.

And as The Wall Street Journal explains, the economic calculation isn’t an easy task, and certainly not one that is easy to dramatize with a single number. A few highlights offered by WSJ include the fact that in the past three years, private employment has grown 4.9 percent in right-to-work and 3.9 percent in forced unionism states. Other numbers on total compensation vary from state to state, based on industries and other factors. But Mark Arend, editor in chief of the business magazine Site Selection told the WSJ, “Companies will be more seriously inclined to look at a state if it’s right-to-work.”

And Michigan is likely to gain new residents as well. Vincent Vernuccio and Joseph Lehman of the Mackinac Center say that Michigan was the only state to lose population from 2000-2009. And according to the Miami Herald, one study shows:

Of course, one of the most practical, noticeable gains is in worker freedom. Jennifer Rubin of The Washington Post explains:

No one should be forced to join a union against his or her will. It is antithetical to a free people to have the state invest unions with the power to collude on labor costs and take union dues against employees’ will. Liberals are in favor of forcing employees to join a union; conservatives are in favor of allowing employees to choose not to and to protect employees’ property rights against compulsory dues deduction.