What if there is no union label? 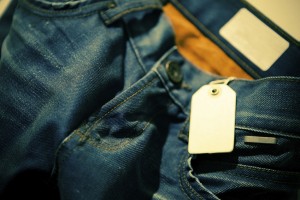 According to Gawker, that’s the problem with Unionmade clothing in San Francisco. Despite the name, the store doesn’t actually have many goods that are made by union members:

If you want to have an attractively curated store that sells insanely overpriced clothes designed to mimic the clothes that poor people wore a century ago, fine. But calling your store “Unionmade” (and modeling your logo on the AFL-CIO’s) while not selling union made goods is just as asinine and insulting as calling your store “Americanmade” while selling things manufactured in China. It’s blatantly misleading. It’s fraudulent.

Even the worst union labor costs could hardly justify some of the prices for Unionmade’s clothing. (Anyone want $155 long johns?) Needless to say, the AFL-CIO was particularly miffed, and perhaps it can’t be blamed, at least for its objection to the logo rip-off. But in the company’s response to Gawker, Unionmade claims that it meant no harm, calling the name part of the “overarching narrative of the store”:

You are correct, though some of the brands we carry are union made, many are not. The unfortunate reality is that there are not many unions left in the garment industry and so the name was cultivated as a signifier of well-made and aesthetically timeless goods.

In that regard, Unionmade has hit the nail on the head. All that’s left of labor is the aesthetic. At best, labor is quaint, and at worst–and perhaps more accurately–it is a relatively useless relic. The consumers who shop at Unionmade and places like it are trying to find ways to ironically adopt the ways of the past, and the name is indicative of that narrative. Sure, “unionmade” might have denoted something of values decades ago, but now labor is more well known for its big-money political spending than anything else.