The Fast Track To Embezzlement 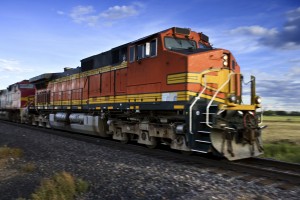 All aboard the union corruption train.

Robert Lauermann , the former secretary-treasurer of the Brotherhood of Locomotive Engineers and Trainmen (BLET) Division 682 in Whiting, Indiana was convicted but able to avoid jail time for his theft from the union. Lauermann was indicted for embezzlement in April 2011 and pleaded guilty a year later. Lauermann has to pay $5,743 in restitution to BLET Division 682 and another $500 for a fine.

The embezzlement occurred over several years. The Post-Tribune reports that Lauermann lied about the use of expenses by authorizing payments to himself.

Lauermann is at least the third BLET secretary-treasurer subject to Office of Labor-Management Standards embezzlement investigations since last October, joining union officials in Iowa and Virginia.