United Auto Workers should stick to cars, not cards 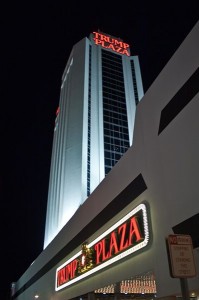 Just how pushy can unions get when trying to organize new members? For the United Auto Workers, the answer is as simple as it is audacious: they orchestrated a mock card check election, make employees believe unionization was inevitable, and did it all with the complicity of public officials.

Luckily for employees, they were going up against Donald Trump. Their scheme targeted 11 casinos in Atlantic City—including gambling-floor employees of Trump Entertainment Resorts, Inc. After the UAW pulled off an unsurprising election win, Trump filed a complaint with the National Labor Relations Board.

Unsurprisingly, the NLRB required Trump to sit down with the union. Instead, he appealed—and, now, the United States Court of Appeals in Washington has ruled in his favor, reversing the NLRB and admonishing the UAW.

Blaming the NLRB for ignoring “substantial circumstantial evidence,” the Court’s three empaneled judges have told the NLRB to review Trump’s claim that the UAW misled voting workers with the mock card check charade.

This stinging rebuke of the NLRB and the UAW is more than a victory for one of America’s most highly visible celebrities. It’s a win for the casino workers who were misled.