Time for some more union mythbusting. Today’s lesson centers on an old union chestnut about right-to-work laws, which forbid unions from collecting dues without the employee’s 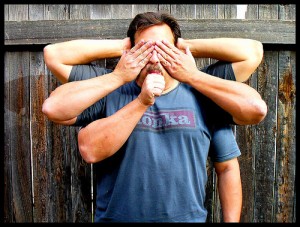 individual consent. Such laws, which are on the books in 22 states, are despised by unions. No surprise there. So it is also no surprise that Indiana AFL-CIO President Nancy Guyott is fretting about a proposed right-to-work law in her state, painting an apocalyptic picture for us in the Indianapolis Star:

Wages for all workers are driven down. Both union and non-union workers in states with these laws make an average of $5,538 less a year than those who live in states without the law. …

But organized labor knows this. The AFL-CIO studied the figures from 2000 and 2009, and found that income dropped an average of 3 percent in right-to-work states and 5 percent in union shop states. Funny how that never made it into a Richard Trumka stump speech. Not good news for anyone, but worse news for union shop states.

Politifact Wisconsin consulted several economists on this issue. They generally agreed that right-to-work states had higher income growth, though they disagreed over the extent of causation.

What we do know is that right-to-work laws protect worker freedom and make it harder for unions to siphon money from employees. “Right-to-work-for-less”? More like right-to-ignore-the-facts.