Three Signs of Hope in California

It’s hard to imagine a more disastrous public pension system than California (although Illinois is trying). According to a Stanford analysis, the state’s public pensions are underfunded 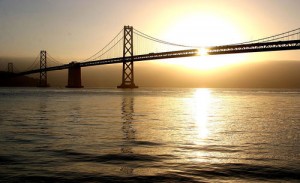 by at least $500 billion, or roughly one-fifth of the revenue taken in by the entire federal government last year. This disaster was caused by an incestuous relationship between California’s government and public-sector unions, and a willingness to spend profligately.

But not all the news from California is bad news. Here are three rays of sunshine in a state that desperately needs it:

The SEC is investigating California’s public pension fund. This might seem like a black mark for California; after all, the only other state pension fund ever targeted by the SEC was New Jersey’s. But as the Contra Costa Times notes, “If federal investigators are able to make a case that CalPERS [the pension fund] misled investors about the risk in its pension fund, it would send a powerful signal to other public funds, which almost without exception base their financial reporting on average annual investment returns of about 8 percent a year”. Scaring states into abandoning the 8 percent figure and calculating reasonable risk would be a huge step forward.

San Diego is leading the way in pension reforms. San Diego Mayor Jerry Sanders has said, “We’ll be rethinking literally everything we do.” That includes ambitious reforms for public-employee retirees. The new plan hasn’t been written yet, but Sanders has indicated it will shift all new government hires to a 401(K)-style pension plan (excluding public safety workers). Sanders wants the issue on the ballot during the next election — which means he can expect a fierce fight from organized labor.

Governor Jerry Brown wants to cut spending. Brown is an unlikely savior for California’s pension system. He was elected with massive union support and has been criticized for ignoring the state ‘s pension problems. But his latest proposal cuts $12.5 billion in spending, including 8-12 percent of public employee compensation. At the very least, this suggests that Brown acknowledges there’s a problem, something many of his predecessors refused to do.