A Religious Purity Test from the NLRB?

This should be a fascinating case to watch: 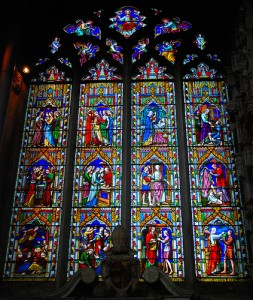 A regional director of the National Labor Relations Board on Monday released a decision backing a union election for adjunct instructors at Manhattan College, most likely setting the stage for an intense legal battle over religious freedom and workers’ rights.

The decision largely states that Manhattan isn’t religious enough to be exempt from the NLRB’s jurisdiction, and that its employment relationship with its adjuncts is essentially a secular one. “While the college may well be affiliated with the [Roman Catholic] Church and take pride in its historical relationship with the church, the college’s public representations clearly demonstrate that it is not providing a ‘religious educational environment,’ ” the decision says.

Manhattan is charging that this turns the NLRB into “some sort of judge of its religious fealty.” Religious institutions are exempt from the NLRB’s authority, as was upheld  as recently as the 2009 case Carroll College Inc. v. NLRB.

There is a three-part criteria for church-operated schools to be exempted from the NLRB: “1) [the school] holds itself out to students, faculty and the community as providing a religious educational environment; 2) is organized as a *nonprofit*; and 3) is affiliated with or owned, operated or controlled, directly or indirectly, by a recognized religious organization, or with an entity, membership of which is determined, at least in part, with reference to religion.” The New York NLRB seems to be denying Manhattan College on the basis of criteria one, declaring that it isn’t Catholic enough.

Manhattan College will likely appeal the case to the national NLRB or even the Supreme Court. Let’s hope this decision is overturned. The NLRB has enough power already. We don’t need to turn it into a judge of religious purity. And besides, even if Manhattan College wasn’t expressly Catholic, dealing with organized labor is enough to make anyone find religion.