Labor Tired of Being Used for Money, Part 76

Here we go again. The traditional attempt by Democrats to reach out to organized labor after ignoring their policy advice: 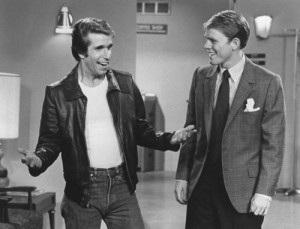 The administration is making an “all hands on deck” effort to contact party activists angry over the accord, Jared Bernstein, Vice President Joe Biden’s chief economic adviser, said last night before the U.S. House passed the $858 billion bill. Bernstein has made telephone calls and met with activists to defend a deal with Republicans that continues lower tax rates for all Americans, including top earners.

And the usual disgruntled grumbling as the unions play hard-to-get:

“The president is trying to build consensus among labor leaders for his compromise tax policy,” said Amy B. Dean, a former official with the AFL-CIO labor federation. The administration has “no problem reaching out to the labor movement when they need labor to be part of their electoral coalition. But they quickly forget that labor has a role to play in their governing coalition.”

Like in any wacky sitcom, these two will eventually realize that they need each other and reconcile before the credits roll. The Obama Administration needs organized labor for money and organized labor needs Democrats to enact policies so they can survive. Andy Stern once wondered, “Was I a leader of workers or an ATM machine?” The answer is the latter, but it’s all the unions have left.