File this under: “Should we really be surprised?” 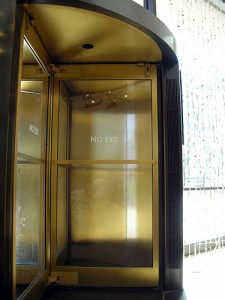 Anna Burger, the former number two at the Service Employees International Union (SEIU), has joined the board of directors at the Center for American Progress Action Fund.

In a statement, John Podesta, chairman of the board, said the group was “pleased” that Burger was coming on board. …

The action fund is an affiliated advocacy group of the Center for American Progress, a liberal think tank.

The Center for American Progress (CAP) is well-connected among influential Democrats and the Obama Administration. As Time magazine reported in late 2008, “Just as candidate Obama depended on CAP during the campaign for opposition research and talking points, President-elect Obama has effectively contracted out the management of his own government’s formation to [CAP President John] Podesta.”

At SEIU, Burger was a close ally of Andy Stern, who recently cast the deciding vote on the deficit commission. Looks like the old SEIU brass will continue to be influential for a long time to come.